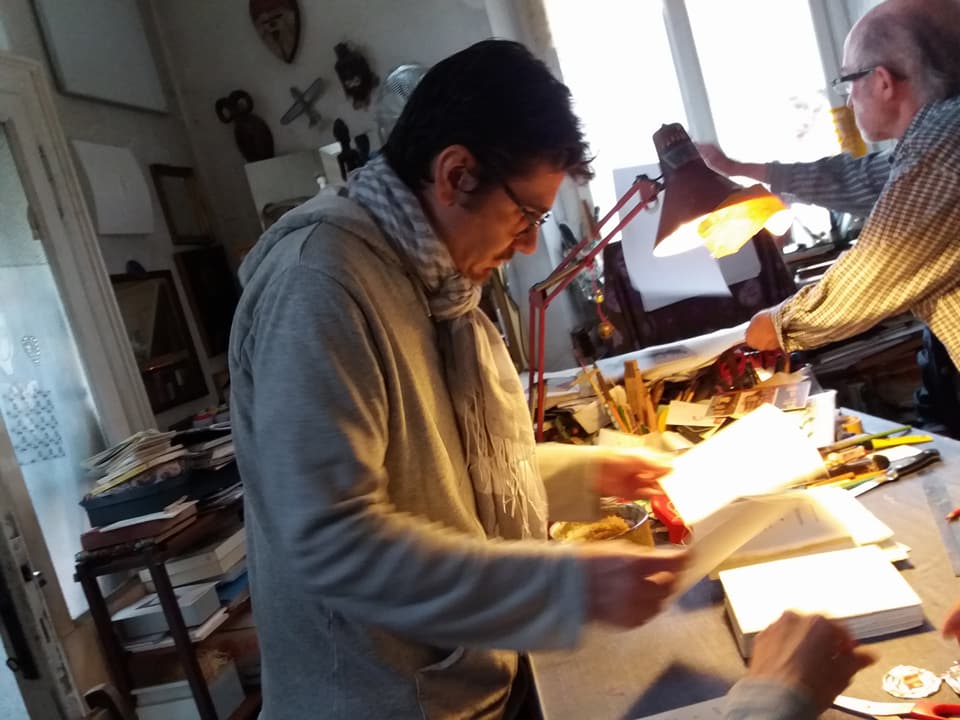 As herds of cattle come and go on a narrow trail across a row of huts made from straw, mud, and wood, they pass a boy of about 15 sleeping in a chair near the main entrance. He is wearing black pants, rubber sandals, and an Ethiopian soccer team shirt. In his lap: an AK-47 rifle folding stock.

We are in Ulang—capital of Upper Nile state, in northern South Sudan—a region dominated by the Nuer ethnic group, which is opposed to the government, the Dinkas. Such masonry construction is where the opposition is headquartered, and the boy is one of the bodyguards. The region, historically a stronghold of the Nuer, lived in relative tranquillity until May 2014, when it was attacked by Dinka troops, resulting in dozens of deaths. Soon after, Ulang militarized.

Civil war has raged since December 2013, and approximately 16,000 children have been forcibly recruited by government forces and the opposition, according to the United Nations. Although the country's government and opposition signed a peace treaty in August of this year—and both sides have committed to not recruiting children and young people as soldiers—the cease-fire has been neglected, and thousands of children continue to face the battlefield.

“The recruitment of underage children is undoubtedly a major problem which directly affects the young population of the country,” Marta Hernandez, area and programme coordinator of international NGO Nonviolent Peaceforce, tells TakePart. “It is very common that both parties recruit boys for different purposes, ranging from the task of getting firewood for the troops to military training and working in the frontlines.”

To help alleviate the problem, international organizations have been developing child- and youth-protection projects in the country; Nonviolent Peaceforce is one of the most active organizations working to protect civilians and youths. N.P. has been working in South Sudan since 2010; its main objectives are to provide protection to the civilian population affected by conflict and to mitigate the effects of war.

NP has six child-protection projects around the country, each one with different approaches, depending on the needs of the region. In Ulang, the organization has implemented what it calls a Child Friendly Space, a type of designated safe zone. In partnership with the community, the organization empowers “entertainers”—community volunteers who organize and oversee the children’s activities—and offers a safe place for recreation and sports for approximately 5,000 young people per month.

On a typical day, in front of the Kopuot Primary School, which houses one of the two CFS sites in Ulang, a huge group of children can be seen playing volleyball or running from one side of a field to the other, screaming and chasing after a soccer ball that, in the middle of so many children, virtually disappears. At the other end of the school sits a partially destroyed building. The walls that remain standing are marked with dozens of bullet holes, a result of the government offensive in May; the school was a major target, and all teaching materials and supplies were torched. These days, classes continue, but the kids attend huddled on dirt floors, and small adjoining rooms are divided by tree branches and plastic.